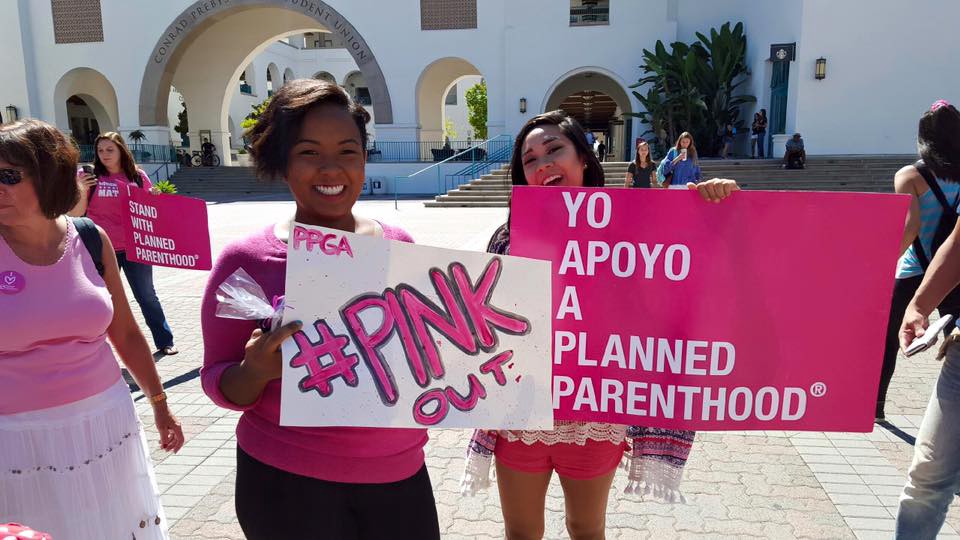 The Latinx community faces greater obstacles to obtaining, and benefiting from, sexual and reproductive health services than non-Latinx white Americans. As a result, Latinx people experience higher rates of reproductive cancers, unintended pregnancy, and sexually transmitted infections than most other groups of people in the U.S, as the statistics below show. Planned Parenthood is here for the Latinx community and committed to helping combat these startling statistics.

In 2019, 44.8% percent of Planned Parenthoodof the Pacific Southwest’s patients were Latinx — over 65,000 people. Planned Parenthood health centers with the Latinx community daily to improve their health and to help them protect themselves and their families through education, preventive care, and lifesaving cancer and STD screenings.

On average, African American women earn $0.61 on the dollar compared to their white male counterparts.

In 1967, a Black woman working full time, year round typically made less than half what a white man made (43 cents for every dollar). Fifty years later, in 2017, that gap had narrowed by just 18 cents, according to the Institute for Women’s Policy Research.

At this pace, Black women would have to wait until 2119 to reach pay parity. This is unacceptable. We at Planned Parenthood of the Pacific Southwest pride ourselves on paying our team members based on their experience, education, and what they bring to the table — nothing else.

100 years ago, on August 26, the 19th amendment was ratified, granting women the right to vote.

Each year, on August 26 we observe Women’s Equality Day — a chance to reflect on how far we’ve come, and look towards the work we still have to do. Perhaps best put by former President, Barack Obama,

“Today, as we celebrate the anniversary of this hard-won achievement and pay tribute to the trailblazers and suffragists who moved us closer to a more just and prosperous future, we resolve to protect this constitutional right and pledge to continue fighting for equality for women and girls.”

Planned Parenthood has been a fierce advocate for women’s rights since our founding in 1916 — four years before women had the right to vote. We continue our mission today, advocating for equal rights not only for women, but for all marginalized communities.